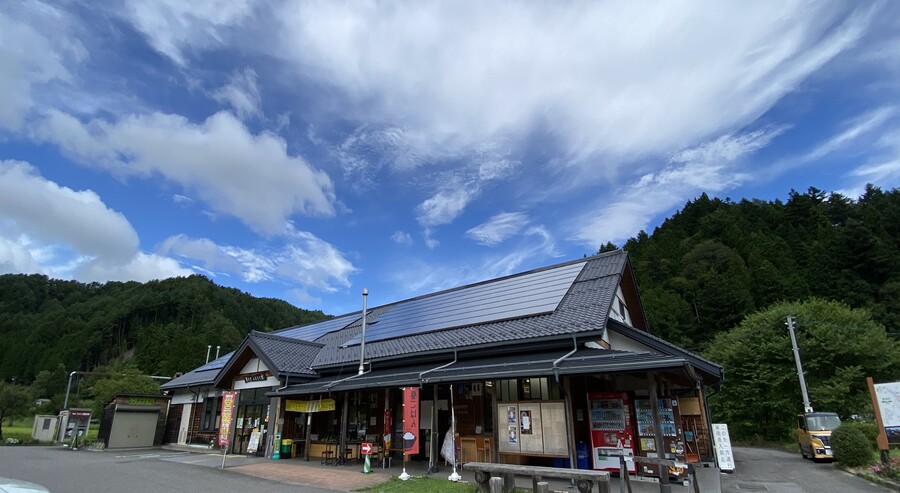 「 I hope this article will help people remember these brave aviation pioneers. 」・・・訳「この記事がこれらの勇敢な航空のパイオニアを思い出すのに役立つことを願っています。」

On the eve of World War II, a series of headline-grabbing flights proved the genius of Japan’s airplane designers.

On the eve of World War II, a series of headline-grabbing flights proved the genius of Japan’s airplane designers.

Japan’s military then controlled most of the country’s aviation, but Japan was an air-minded country and its major newspapers—Asahi Shimbun and Mainichi Shimbun (both still publishing)—maintained aviation departments to speed reports and photographs to their presses, in competition to scoop each other. Not satisfied with simply reporting the news, the papers made their own, capitalizing on their air prowess to stage spectacular flights that generated interest and sales.

If any trained aviators from the West had fought their way through the hordes of photographers and reporters surrounding the Ki-15, the airplane would have given them serious pause. The handsome two-seat monoplane, powered by a reliable nine-cylinder Nakajima radial engine, was named Kamikaze, or Divine Wind. (In 1937, the name had not begun its dreadful association with suicide flights.) Even with fixed landing gear, the Mitsubishi managed a top speed of 300 mph and a range of 1,300 nautical miles. The U.S. Navy’s frontline fighter at the time was the chunky Grumman F3F biplane, and Britain’s Royal Air Force had just started flying the Fairey Battle, which was 50 mph slower than the Mitsubishi despite having 300 more horsepower and retractable landing gear.

Kamikaze’s crew was just as impressive. Pilot Masaaki Iinuma was a highly experienced pilot at only 24 years old. Flying for Asahi since 1932, he had made many trips around Japan and long flights to Manchuria and Taiwan. He was also movie-star handsome—another boost for circulation. Flight engineer Kenji Tsukagoshi, 38, was Iinuma’s choice for flight engineer, radio operator, navigator, and companion. The son of an English mother and Japanese father, he became one of the most respected technicians in Japanese aviation. He and Iinuma formed such a tight team that their compatriots often combined their last names, referring to “Mr. Iitsuka.”

Iinuma and Tsukagoshi made the trip from Tokyo to London’s Croydon Airport in only three days, between April 6 and April 9. Their route crossed broad tracts of jungle and open ocean, flying five- and six-hour legs against the prevailing winds in tropical heat and humidity on seat cushions that left them shifting in pain. In the first phase of the journey, the pilots left Japan at two a.m. and landed in Taipei, taking off again at 10:20 a.m. for the westbound jaunt to Hanoi. After an hour on the ground, they were again airborne, finally ending their day in Vientiane, Laos. With four hours’ sleep they launched again, crossing the Bay of Bengal and northern India to Karachi, where they lodged with Japanese expatriates. The next day they crossed Iran and reached Athens with brief stops in Basra and Baghdad. Comparatively short hops took them to Rome, then to Le Bourget airfield in Paris. When they landed at Croydon, on the outskirts of London, they had covered the 9,600-mile route in a flying time of just 51 hours, 19 minutes—a new record.

Iinuma and Tsukagoshi used the time between their arrival and the coronation to make a goodwill tour of Europe, visiting Brussels, Berlin, Paris, and Rome, before returning to England. And they were welcomed: banquets, receptions, and photo ops with VIPs—faces and places all blending together into a haze of fatigue. At least in Paris they managed a meeting with the mother of French pilot André Japy, an adventurer dear to their hearts. In late 1936, Japy had attempted a flight from Paris to Tokyo, which ended in a crash on the Japanese island of Kyushu. He was severely injured, and while he was recovering, he learned that Asahi was planning a flight along much the same route he had taken. He sent the chart of his flight to Asahi, hoping it would help the Japanese pilots. Iinuma and Tsukagoshi carried the bloodstained document with them and were quite touched by their meeting with Madame Japy.

Iinuma was dubbed the “Japanese Lindbergh” during their European tour, but a better comparison might have been with Antoine de Saint-Exupéry: Like Saint Ex, Iinuma cultivated both flying skill and a poetic soul. He kept a journal of the 1937 trip, which upon his return to Japan formed the basis of a popular book, Koku Zuiso. In 2008, American pilot Marici Reid found a copy and spent months translating it into English. From Iinuma’s writings, we glimpse a thoughtful aesthete. Of flight over the Annamese Mountains of northern Vietnam, he wrote, “Should you land in these mountains, it would be the end. You would never return to the world of men.” And as they climbed out over Italy, bound for France, Iinuma wrote that “the Alps spread out on our right, a succession of mountain thrones crowned with pure white snow. All the difficulties of our flight are worthwhile just to see this view.” The two may well have been the first Japanese citizens to see the Alps from the air.

After the coronation, the sponsor considered sending Kamikaze home on a ship. Iinuma would have none of it: His job was to fly.

Kamikaze flew for Asahi until 1939, when another crew was forced to ditch in the ocean off Taiwan. Following a laborious retrieval, the airplane was put on display near Osaka until 1947, when the U.S. Army destroyed it.

After Asahi Shimbun’s triumph, competitor Mainichi Shimbun began planning its response. If Asahicould fly a single-engine airplane to England and back, Mainichi would fly a twin-engine airplane around the world. But Mainichi ’s flight was not ready to go until 1939, and the world was different. War was imminent in both hemispheres. Mainichi recast the flight as a goodwill tour, promoting Japan as a peaceful nation.

The airplane Mainichi selected was another Mitsubishi, a version of the G3M2 medium bomber, later known to the Allies as the “Nell.” Named Nippon, it was powered by two Mitsubishi radial engines. Stripped of armament, the airplane was fitted with an autopilot and fuel tanks capable of 2,400 nautical miles. Somehow a crew of seven managed to stuff themselves into the slim fuselage.

The seventh man was Takeo Ohara, who had nothing to do with flying. He was Mainichi’s goodwill ambassador, and it is Ohara’s writing, again translated by Marici Reid, that gives us a firsthand account of the journey.

Nippon took off from Sapporo on August 27, 1939, bound for Nome, Alaska. The flight nearly ended in disaster on the first day. The crew had left behind two-thirds of their oxygen supply to save weight, and after the weather forced them to 20,000 feet, Ohara looked into the cockpit to notice that both pilots were slumped in their seats, unconscious, while the autopilot kept the airplane on course. “I could only see the seat backs. There were no human forms to be seen. This was not good!” By sharing a lone portable oxygen flask, the pilots were revived enough to descend to a survivable altitude. With splitting headaches, they eventually arrived over the rock-strewn strip at Nome. “The seven of us were exhausted,” Ohara wrote. “Our heads ached. We were sleepy. We were hungry. The wind was blowing and we were cold. But there was the joy of walking on solid ground again.”

At Nome they got their first taste of what would trouble them the rest of the trip: speeches, banquets, and receptions. Over and over, they were kept up late by mayors, welcoming committees, and reporters, who never noticed the glazed eyes and nodding heads of the men who had just flown many hours in the noisy, unpressurized airplane.

From Nome they flew without incident to Fairbanks and Whitehorse, then on to Seattle, where they toured Boeing’s factory. As they made their approach to Oakland, the crew got a look at the new bridges and buildings in and along San Francisco Bay. “We were struck dumb,” records Ohara. “The material strength of America!” After Oakland, Burbank, Albuquerque, and Chicago, they arrived in New York on September 9. They spent an exhausting week there—“we became a plaything of photographers and movie camera men”—before flying to Washington, D.C., and on to Miami.

Most round-the-world flights would have continued to the east coast of South America, but Mainichiwanted to show the flag in Peru and Chile, with their sizable Japanese expatriate communities. Nipponheaded west over the Caribbean, then Nakao demonstrated his skill by landing on a 2,200-foot airstrip amid cliffs near San Salvador. “Here we felt as if we had finally set down a heavy load...this was the first day since we started that we had been able to relax together,” wrote Ohara. It didn’t last. More welcome parties, more late nights. They arrived, fatigued, in Santiago, Chile on September 25.

The next leg took them across the Andes, which even today is not a trivial flight. For seven men crowded into a heavily laden airplane, flying in bad weather, it was exceptionally risky. After a long, turbulent beating in extreme altitudes and subfreezing temperatures, they were finally able to slip through the clouds into Buenos Aires. Three days later, they were in Natal, Brazil, preparing for the Atlantic crossing to Dakar, Senegal. They had been impressed by the natural endowments of South America (“they are sleeping upon such rich resources!”) but were not enamored of the bureaucracy (“the work of these governments is to make mountains of obstacles”) and even less happy with the weather (“we were above—or in—cloud the whole time”).

After 12 hours and 45 minutes over the Atlantic, they reached Dakar. From then on, they flew into increasingly familiar surroundings. They dodged the political minefields of the war just begun in Europe, crossed the deserts of the Middle East, and almost died in Karachi during a blind takeoff in fog, when they missed hitting a Zeppelin mast by mere feet.

They finally touched down in Tokyo on October 20, having circumnavigated the world in 194 flying hours. Total maintenance required: a few spark plugs and oil changes. The flight was a remarkable demonstration of professional airmanship, mechanical excellence, and superior organization.

In response to Mainichi’s success, Asahi commissioned the Tachikawa firm to build a twin-engine airplane specifically tailored to capture distance records. The result was the lovely, long-winged Ki-77. Two were built, and a first flight was made in 1942. By that time, the original plan for a nonstop flight from Tokyo to New York was impossible—Japan and the United States were at war—but even during wartime, Asahi retained enough influence and money to continue developing airplanes and pursuing records. On July 7, 1943 a Ki-77 loaded with fuel, a crew of five (including Kenji Tsukagoshi), and three military passengers staggered off the runway in Singapore, attempting a nonstop record flight to (depending on the source) either Berlin or a German airfield in Crimea. The airplane was never seen again.

Within a year, the men who flew these extraordinary missions were sucked into the meat grinder of World War II. We know the fates of only a few.

In 1941 Kamikaze’s pilot Masaaki Iinuma was in the army, ferrying a Mitsubishi Ki-46 Dinah to Phnom Penh, Cambodia. The wartime Japanese press published a report of his glorious death, fighting aloft against overwhelming odds, but the truth was much sadder. Reportedly depressed and distracted by news of the Japanese attacks on Hawaii and the Philippines, Iinuma walked into a spinning propeller and died instantly. He left behind a wife and daughter, and today his relatives maintain a small museum near Nagano, dedicated to his memory.

Nippon pilot Sumitoshi Nakao survived the war and in the post-war years flew for the Americans, delivering agents into Russia and China in a B-17. His copilot, Shigeo Yoshida, died in 1943, shot down flying a bomber over Indonesia.

In November 1975, a Boeing 747SP finally made the first nonstop flight from Tokyo to New York. On board was Hidemasa Kimura, designer of the long-range Ki-77. 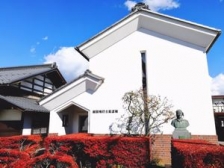